With an eye for the elusive natural beauty of high fashion and a sobering, but cheeky, approach to social issues in her series “The Fashion”, Kam Ridley has lived behind, in front, and beyond the lens to develop her art.  A career that began in education with meanderings into television, big pharma, and British-style retail photography, has culminated into visions of intense, personal depth amidst a forged public persona.

Your tackling of white-washed award shows, like the Oscars, by painting a black man in gold is hysterical!

For my series “The Fashion:  Issue Diversity” it starts with the revelation that our treasured, modern-day trophies (like the Oscar statue) were actually derived from Egyptian gods.  So I decided to re-cast Oscar and help him remember he’s actually black. 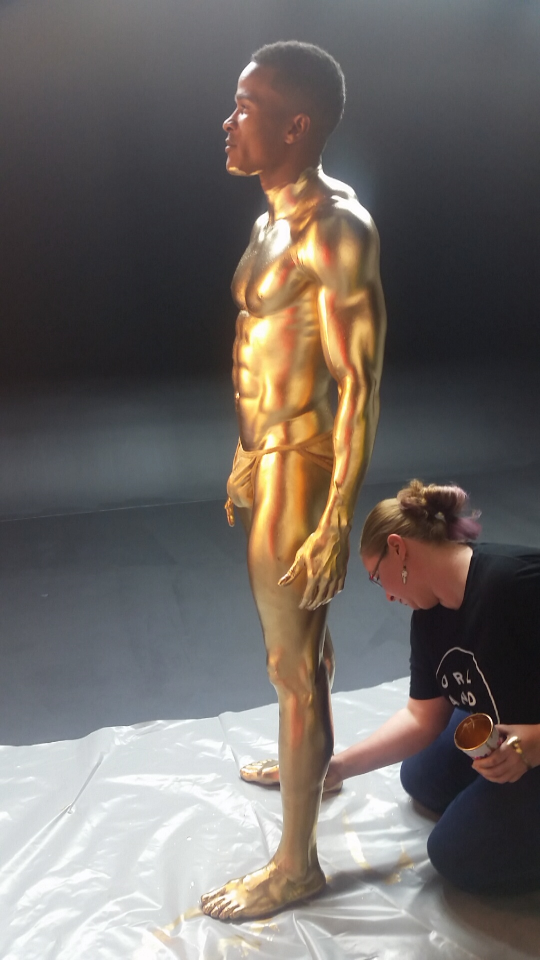 But you painted a black man gold…why not paint an Oscar statue black?

In Egyptian art culture, color is used to describe the substance or heart of a matter. For instance, Ptah is sometimes depicted in green or gold (yellow). The color green represents new life and vegetation. I choose the latter color yellow because it represents the sun and gold which are both imperishable and indestructible. 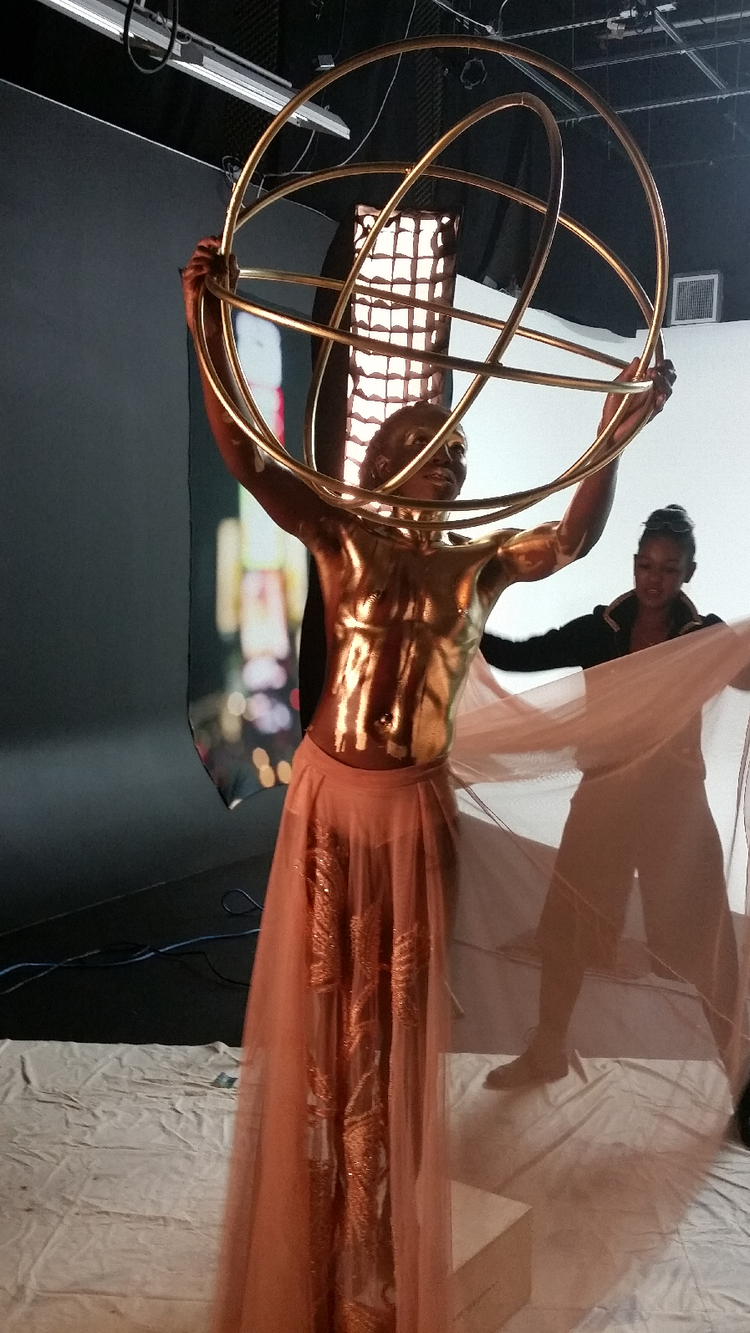 And what about the implications of covering up blackness?

It is a challenge for people to just see a man, especially a black man, even when he’s painted from head to toe.  As it relates to race, painting a black man gold takes race out of the equation to an extent.

Yes, I have one in the works about cultural appropriation where Harriet Tubman is the conductor of a modern-day Underground Railroad where white people are on a train clutching to treasured fashions, ideas, and styles from other cultures for their safe passage. 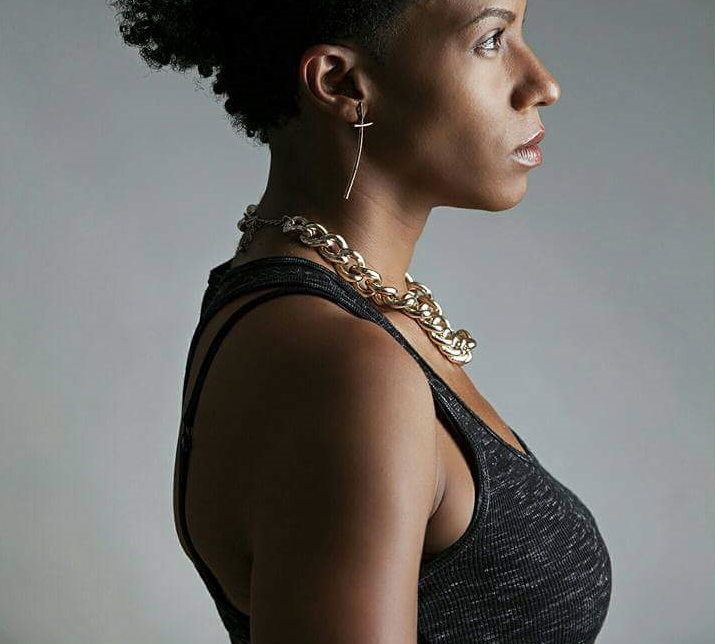 Well, I was able to live paint a black man in Mississippi, so let’s see…

Obviously your series “The Fashion:ISSUE” is not shy in going after heavy issues.  How would you advise a young artist on being political in their work?

I understand how passionate you can get about an issue, but you really have to ask yourself, what issue are you most attached to?  What issue would you not mind your work being attached to, regardless of intent? 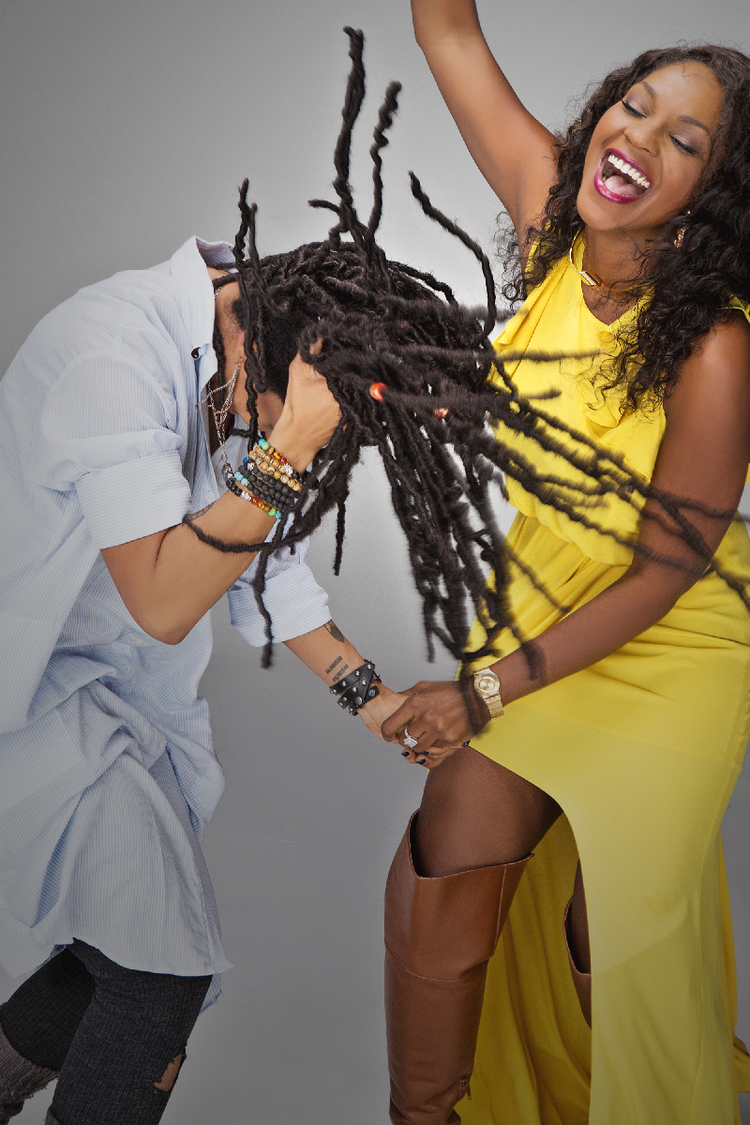 Have you ever felt caught-up in a political issue?

It was impossible not to feel passionate about Black Lives Matter when I was photographing the cause. But the need for momentum in politics can blind you.  I remember being in NYC with police pushing and pulling me as I tried to film and the crowd started chanting, “Black photographers matter!”  It could’ve been an easy way of being known in NYC politics, but I would’ve lost a certain sense of artistry. 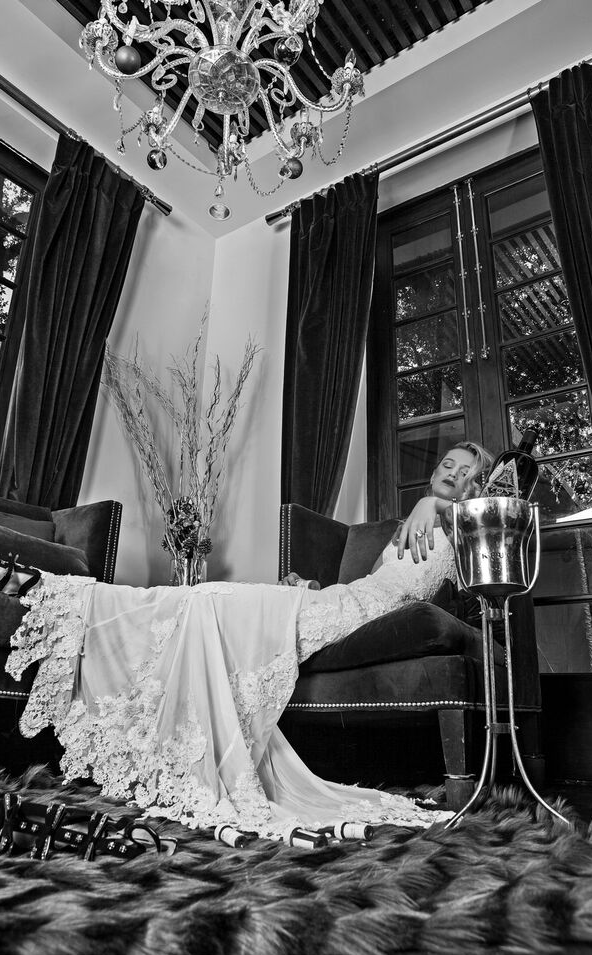 How important is that to you?  Your sense of honesty in your artistry?

If a client [as in fashion photography] gives me something Pinterest-affected, with perfect, glossy airbrushed skin, I’ll just tell them I’m not the person for them.  I want to add to fashion.  The designer gave me a beautiful piece of fabric.  My job is to interpret and elevate the beginning statement. 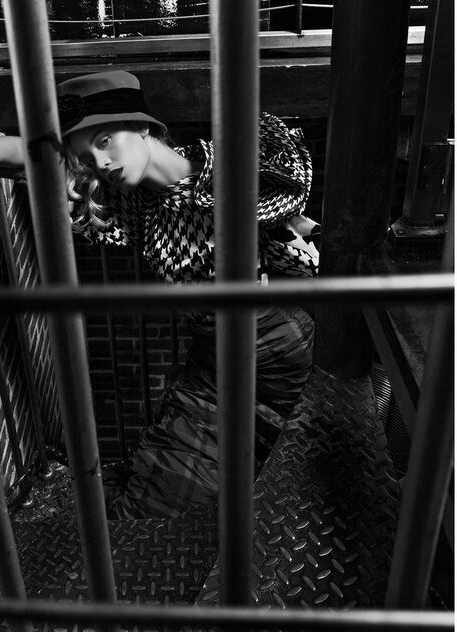 Do you find that inspiration comes fairly easily or is it something you have to goad?

I’m good with a pregnant pause in the course of my work.  I will stop photographing until I can feel the moment again. I am a mother and wife so juggling those duties also tend to affect how and when I create. I’ve gotten into a pattern ow where I wake up at 3 or 4 am to sit in silence. I can hear my own thoughts in the middle of night, I can visualize uninterrupted while I’m awake. Then I’ll typically go back to sleep around 6 am and if I continue my visuals in a dream state then I know it’s an idea I should explore.

Has any of your work made you uncomfortable?

Yes.  Four years ago I did a piece, “The Fashion:ISSUE – Suicide” (pauses) There is a stark image of a table set for twenty that’s empty.  It represents an unfulfilled birthday party for a 16-year-old girl who has killed herself because she fulfilled life’s purpose. Her life was completely crafted to serve others.

Do you think there’s a lack of focus on topics like suicide?  Or at least before the act takes place?

I feel like mental health, suicide particularly, isn’t something people know how to talk about. Even when it happens, there’s just an elephant in the room. I create images so that I can give people a chance to ask me questions about things I’ve always wanted to say but didn’t know how. I haven’t released this series yet I suppose because I haven’t been ready to answer the question ‘Why I thought so much about suicide.’ This piece is giving me a dose of my own medicine for sure.

What were your influences for such a poignant, jarring piece?

Harkening back to fashion?

Yes, and it was shot in a Parisian restaurant. There are spaces in the restaurant that remind me of McQueen’s loft. Shooting the piece was emotional and the entire team really had to dig deep to get it done. 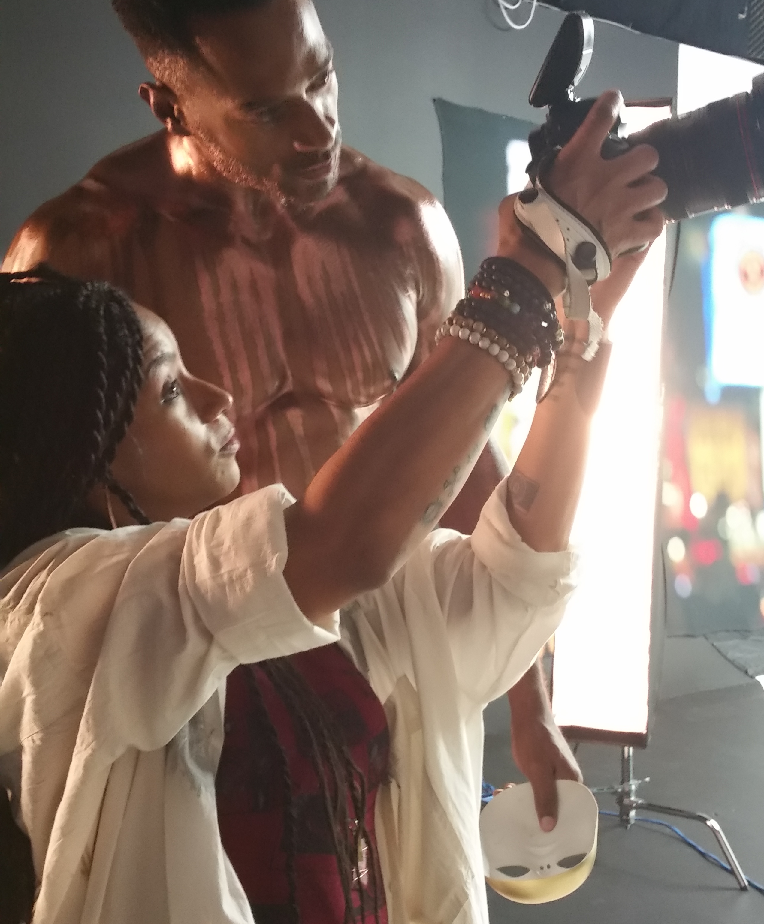 Expand on the influence of yourself in there?

Absolutely.  I’m so dreadfully introverted it’s almost terrifying to be out in the open as a “known artist.”  But I’ve written companion pieces in journal form to parallel what my experience has been a news reporter, drug dealer [she means a pharmaceutical saleswoman], as a black woman from Mississippi, and as someone trying to “be” for everyone else.

What was the most fulfilling part of becoming a full-time artist for you?

There’s this mentality of “go to work, get paid, do it again.”  But money disappears; my artwork gets to be a footprint on Earth.